Also, another paragraph of this article will be dedicated to the question “how much did Facebook buy Instagram for?” I think it is something interesting to talk about in order to understand the real value of social networks and platforms like these nowadays.

In fact, you might not believe it, but they are worth a million dollars and even more because they are powerful and they are used by the whole world population. So, if you want to learn something more about the worth of these platforms and how much did Facebook buy Instagram you should absolutely keep on reading.

If you are not familiar with Facebook or Instagram, I’m going to make a little introduction of both of them in order to clear your mind a bit. Also, I’m going to explain to you why they are so worthy and they cost so much.

In fact, you might not know it, but Facebook and Instagram, and other social networks as well, are quoted on the stock market. This means that also you can buy a little slice of them. Are you curious enough? Well, let’s start! 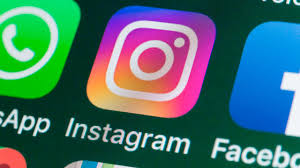 If you want to know “did Facebook buy Instagram?” keep reading this article! In this paragraph, I want to tell you something more Facebook and Instagram as well, in order to understand better the following paragraphs.

Let’s start with Facebook! This social network was created in 2004 by the Harvard student Mark Zuckerberg. The platform was launched on the 4th of February of 2004 and it was only available for Universities, then it expanded and became available to everyone.

Nowadays, Facebook is present all over the world in more than 100 languages. It allows its users to write posts, share pictures and videos, update their own activities and a lot more. Facebook allows users also to make Direct videos, to create pages based on their interests and groups in order to put together people who share the same passions coming from all around the world.

On the other hand, we have Instagram, that was created in 2010 by Kevin Systrom and Mike Krieger. In the beginning, the app allowed its users to share pictures with their followers, but now it has really changed.

In fact, users can post pictures, videos, Stories and Reels. Also, they can make direct videos, send messages to one another and also comment and like other people’s posts.

So, as everyone knows, the world of advertising is not present anymore just on TV, radios and newspapers, but it has taken over also the world of the Internet. Thousands and thousands of adverts are present on our mobile phones or computers, on every app and on every social network.

Through this adverts, brands and industries advertise themselves in a brand new way that was unbelievable just a decade ago, but now it has become the most normal thing. Adverts of every type of product are present on social networks.

We see adverts of cars, perfumes, technological devices… And now, users from all around the world started to advertise themselves and their own profiles in order to make more likes, comment and followers.

And that happens thanks to sponsorship: if you pay a small amount of money to Facebook or Instagram, your posts will appear everywhere. I think this is unbelievable but it actually works and a lot of people do this.

Here we are! In this paragraph we are going to answer the question “when did Facebook buy Instagram?” It is quite a common question on the web, and so I want to be as precise as possible with you, in order to give you all the right information. 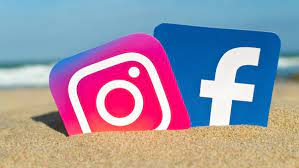 The first announcement of the acquisition arrived on the 9th of April 2012, but the real acquisition finally happened in September of the same year. After the announcement, Mark Zuckerberg, the founding father of Facebook, stated that the social network will be developed by Facebook and the Instagram employees as well.

On the other hand, Systrom stated on the Instagram official blog that the application will always be the same that the users loved and that there won’t be major changes on the platform. This statement consoled the users from all over the world, who use the platform on a daily basis to share pieces of their lives.

If you think about it, Mark Zuckerberg did the right choice because he bought a platform which produces a lot of money and has also got big potential. It allows users to edit and post pictures and to see the contents of other people even without a friend request.

If you want to know how much did Facebook buy Instagram for, keep reading the next paragraphs, because we are about to spill some tea! 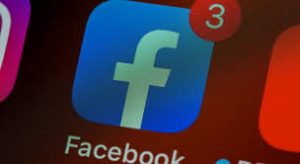 Well, Mark Zuckerberg bought the Instagram platform for 1 billion dollars! It is insane, isn’t it?

This billion-dollar was divided into money and stocks that Mark Zuckerberg paid. I think this is a lot of money but on the other hand, I think that Instagram has a big potential and Mark Zuckerberg bought it before it gained more worth and so costed more.

In fact, Mark Zuckerberg, in my opinion, made a wise decision spending 1 billion dollars to buy Instagram, because the platform is really worth it. Thanks to this acquisition, in fact, he can make more money than he did just with Facebook, so in my opinion, it was a wise investment.

Also, he didn’t fire Instagram employees but introduced them into the Facebook team, and I think that this is great, because they will let the platform stay what it was at the beginning, in order not to lose followers, but also they will give their creative contribution.

What do you think about how much did Facebook buy Instagram for? Is it the right amount of money? Is it too much? Too Little? Let us know.

Well, first of all, the number of users grew exponentially and it arrived at 1 billion in 2020. This makes me think that the app has become more fascinating and it attracted more and more people, who joined the big community and started to share pictures of their lives with other people.

In addition to this, after the acquisition by Instagram, lots of new functions appeared on Instagram, for example, Stories. Stories allow users to take pictures or videos that only last 24 hours: they are the most loved function on the app and billions of Stories are made by users every day.

Moreover, Instagram introduced just a few months ago the Reels function. If you don’t know what I’m talking about, let me explain you.

Thanks to Reels, you can make short videos that you can also cut, edit in any way you want. It is really similar to TikTok and millions of people all around the world are already using it. 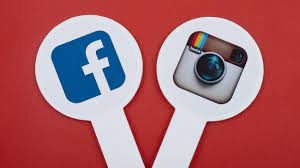 The first reason is that Facebook analysts started to believe that Instagram was becoming a threat to Facebook. In fact, the platform was becoming more and more popular at the time and analysts believed that Instagram could become also more Famous and used than Instagram, so Zuckerberg and his team decided to make this investment.

The second reason is that Instagram has a really intuitive system to add localisation to pictures. It is optional but it is really used by users from all over the world and it might be useful for Facebook to launch new initiatives.

The third reason is that they want to make money out of it. In fact, initially, the app was a start-up and so no money was made out of it, but thanks to advertisements Facebook managed to gain money also thanks to the Instagram app.

In this last paragraph of the article, we are going, to sum up, what we learned. So, first of all, Facebook bought Instagram in 2012.

With the platform, also its employees were absorbed by the Facebook team, which is a positive thing. Also, the platform was paid around 1 billion dollars, divided into money and stocks.

Moreover, we learned that Zuckerberg and his team bought Instagram in order to eradicate their competitor, but also to gain more money and to use more accurate localisation services. It’s a lot of stuff, isn’t it?

Last but not least, we learned that after the acquisition Instagram became more famous thanks to the continuous updates made by developers, such ad Stories, longer videos on the feed and Reels as well. Moreover, we discovered that adverts started to appear on Instagram after its acquisition by Facebook. 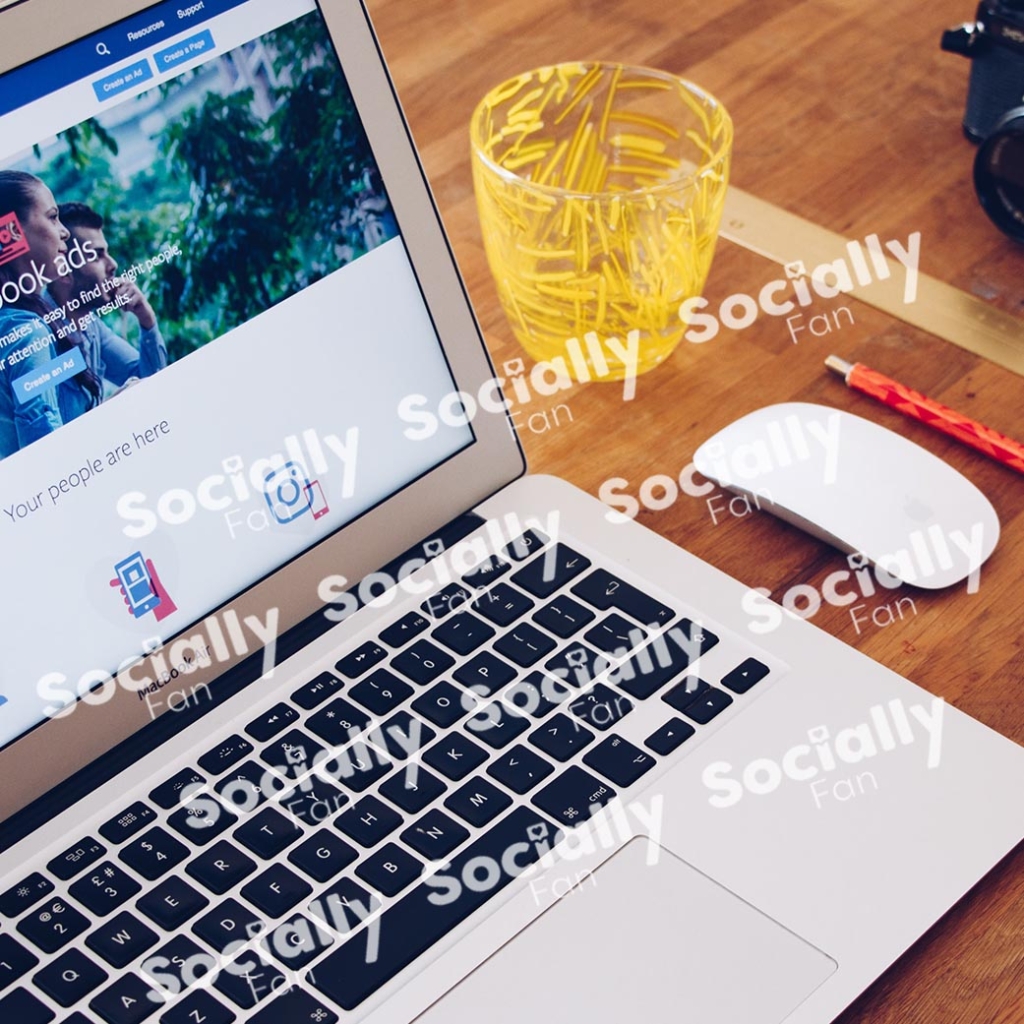