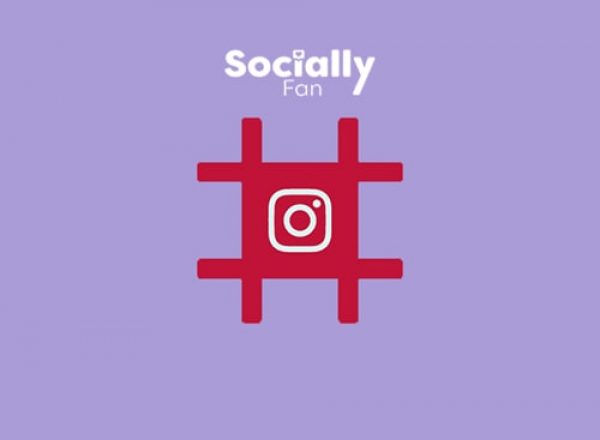 Do you want to know who has the most followers on Instagram 2019? What types of people do you admire to inspire your work, career, or business goals? Instagram is a great place to start finding influencers you might want to follow and track their success. Who should you follow?

Since its launch in 2010, Instagram has experienced sustained growth with impressive statistics and usage figures. The takeover by the Facebook group in 2012 allows it to quickly cope with new entrants.

Thus, the pace of new products has clearly accelerated with competition from Snapchat (Stories, IGTV) offering an equivalent service and then surpassing it in terms of active users. Instagram is today one of the most important and influential social networks with brands and consumers.

With a constantly growing number of users (more than 1 billion monthly active users), Instagram continues its unbridled development . Before discovering who has the most Instagram followers 2019, let’s talk a little about statistics. 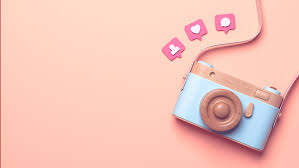 With his one billion active monthly users, Instagram is one of the most popular social media platforms in the world. On Instagram people want to see beautiful pictures, videos, artists and so on. If the account is from a singer, they want to see the information about their latest concert.

When the account is a fashion brand, users want to see their latest products and trends. And if the account is of a dog, they’ll want to see cute dog and puppy pictures. With the rise of influencers, people can even make a living there, by publishing content sponsored by the most famous brands and being paid for that.

This social media is all about visual content. Rather than having people expressing their opinion as on Twitter, users on Instagram expect to see great pictures, great videos, and great stories. It is inevitable that most of the top Instagram accounts are celebrities.

But there are also brand accounts as well as magazines such as National Geographic. Following celebrities and magazines is one of the most common things any Instagram user could do. This way, they can stay up-to-date with what their favorite celebrities or magazines are doing or planning on doing.

And even the celebrities themselves are more and more addicted to Instagram, using it to share little glimpses of their daily lives with the fans. But which account is the more popular? Let’s see together who has the most followers on Instagram!

Whether we use it to keep in touch with our friends or to follow our favorite stars, Instagram has slowly grown into one of the biggest social media platforms of all time.

While we may think that we follow the best accounts in the market, these 10 celebrities have fully capitalized on the popularity of Instagram , amassing an impressive number of followers that we might wish to one day reach.

Here are the 10 Instagram accounts that has the most followers, who alone represent more than 1 billion followers.

Neymar has made a name for himself in the field, but so is it on Instagram. His latest change from Barcelona to Paris Saint-Germain is the most historic (and controversial) transfer in football history.

Despite this, he’s still not afraid to show off his skills and love of the game to his millions of passionate fans who follow him on Instagram. His Instagram bio comes down to “I love Football”.

Although she does not publish as many times as the other members of this top 10 Instagram, Beyoncé still ranks ninth in this ranking and without even having followed a single person on the platform.

On her Instagram account, she mainly shares photos of her last shoots in always very colorful outfits. Lately, his collaboration with Adidas has been highlighted on nearly ten posts. A great promo for the 3-stripe brand.

In any case, even if Beyoncé is above all known for her musical career, don’t expect to find photos or videos of her performances on her profile.

Along with ranking high on the list, her pregnancy announcement was once the most liked post on Instagram.= of all the history of this social media. With 141mm followers, Beyoncé’s profile portrays what she’s most well-known for – being a cultural cornerstone of music history.

Aside from celebrity as a singer, the posts consist of the modeling aspects of her career as well. Offerings include a look at photoshoots or just exciting days out. The overall profile does include a lot of modeling posts, but Beyoncé does also posts tributes to movements she cares about, such as Black Lives Matter.

Lionel Messi’s Instagram account, which has more than 147 million subscribers, is in the eighth position. You will find football photos on his profile of course, whether in training or in a match, but also a lot of pictures of his family and his children and some publications intended to help causes such as the fight against AIDS or Cancer.

When she’s not posting her latest nude selfie, Kim shows off everything else in her Insta posts. Whether it’s her current outfit that day, a new pic with her sisters, or showing off her latest makeup collection, Kim is renowned for her ever-burning RSS feed.

This celebrity shares posts of her family, herself, her businesses and even friends. The star from Keeping Up With the Kardashians, has carved out a niche within social media. Posts seem to include a high-frequency mix of life as a mother and a model. Fans of Kim can expect a continuation of a made-for-reality television life that delivers on a seemingly ideal lifestyle.

And yes, there are indeed 2 sisters in the top 10 Instagram followers. Whether it’s for her lips or her pics with Stormi, Kylie always shows off something new on her Instagram account. This was not always the case, but today Kylie has more subscribers than her sister Kim, and continues to grow her business with her various Kylie Cosmetics collections.

The makeup brand’s account even has over 23 million subscribers. Like her sisters, Kylie Jenner has an extensive following on social media; on Instagram alone, she has garnered more than 200 million followers. She used this visibility to start a campaign on the social media site against bullying #IAmMoreThan.

The campaign featured the personal stories of six people who turned their painful experiences of being bullied into something positive.

On her Instagram account, Kylie loves to share with her follower’s real glimpses of her daily life; her account focuses on work and personal life, with lots of photos with her partner and with her beloved baby daughter Stormi, who’s almost always with her.

Selena Gomez is not only an actress, producer and singer but also has the merit of being among the 10 accounts with the most number of Instagram followers. There was a time when she ranked first in the ranking, while she publishes from time to time on her new projects and what she is working on (especially the release of her last album in early January).

She also publishes photos fun and carefree that will make you love them even more. A regular fixture in the most liked Instagram posts list, her account is the usual pop star fare of selfies, herself at events, pictures of her friends, but it also includes a few political posts around subjects like women’s rights.

She used to be number 1 on Instagram but due to not posting for a while, Selena has lost her place to all of the accounts above. However, she is back on track after releasing two great songs and ready to bring her social media queen crown back on her head again.

Whether it’s showing off his epic workouts or making daddy jokes, The Rock satisfies his fans with his continuous stream of fun and personal content. He is also known for his motivational descriptions, which give his followers the positivity they need every day. You can also find the promotion of its brand of Tequila Teremana and its production Seven Bucks.

Professional wrestler and actor Dwayne “The Rock” Douglas Johnson was born on May 2, 1972, in Hayward, California. He went on to win a combined 17 WWF/WWE titles over his acclaimed careerJohnson parlayed his wrestling fame into a film career, appearing in projects like 2001’s The Mummy Returns and 2010’s Tooth Fairy.

Later projects include the HBO series Ballers and leading roles in The Fast and the Furious and Jumanji franchises. In more than 4700 posts, he shares all kinds of things on Instagram starting from magazine reviews to food. 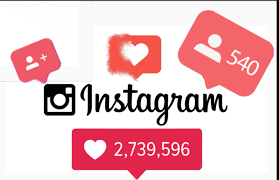 God is a woman and her name is Ariana Grande. The pop singer made headlines after her wedding and her latest album, Sweetener. When not sharing the footage from her latest behind-the-scenes video, she posts photos with her friends. His Instagram is relatively neutral with mainly black and white photos.

On Instagram, Ariana has made history being the first woman to have more than 200millions followers. The singer likes to post about herself, her songs, and her journeys. Her feed is full of pictures of her performing, meeting other celebrities, and living the pop high life.

Nothing seems to stop the 25 years old’s growing celebrity, and her fans are fond of her artsy photos that range from makeup shoots, teases about upcoming releases, and group photos with friends

Cristiano Ronaldo is one of the greatest soccer players in the world. He currently plays for Juventus. He is also the captain of the Portugal national team and often shows off his impressive football skills on his Instagram account, as well as in other amazing places he has been (around the world).

He is one of the few recorded players to have made over 1,000 professional career appearances and has scored over 700 senior career goals for club and country.

With 211 million followers ,the football player is the most followed celebrity on Instagram and for a good reason. In his account, there are lots of family pictures, shots of him playing football, and plenty of images of him generally experiencing the good things in life.

But keeping posting simple pictures of himself, his family, and his work, the celebrity keeps his follower’s curiosity satisfied, pocketing $975,000 per endorsed Instagram post. 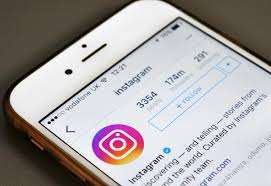 And yes, you are not dreaming Instagram is the undisputed master of this top 10 of its own social network. With more than 100 million subscribers than the second in this ranking, Instagram’s Instagram profile seems to confirm the interest people have in this wonderful platform.

On its profile, Instagram shares every day a publication from one of the users of the network. This platform, born in 2010, was since the beginning and still is about sharing photos and videos with your friends, family, or even strangers.

No big surprises then, if on the top of the accounts having the most followers on Instagram we can find… Instagram own account. Instagram is one of the most used social media networks around the globe.

There are thousands of users willing to post new content every day on this platform and there are also millions of users that are willing to see what other users are posting.

Showing off the best and the most interesting people and trends on this social media and promoting their own IGTV content, Instagram’s very own account has reached nearly 327.58 million followers with 6,232 posts.

They usually post pictures of Instagram users with a small description of what they do and what their Instagram account is about. Their bio is “Bringing you closer to the people and things you love.” Which couldn’t have been more accurate!

It is also the only corporate account on the list of ten most popular Instagram accounts; the rest of which consists of high-profile individuals including music artists, actors and actresses and sportsmen. 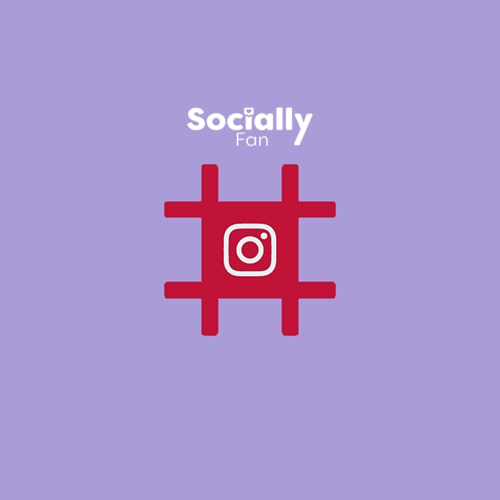