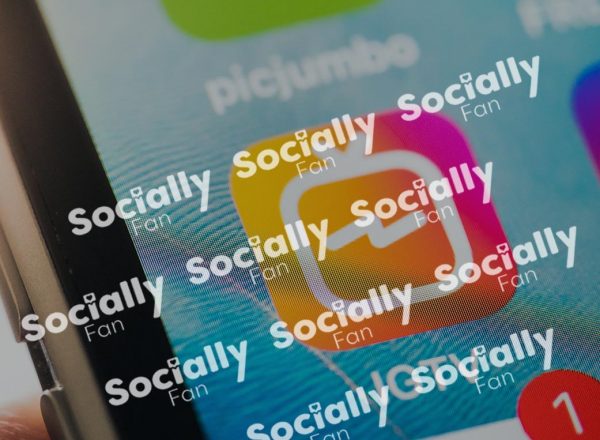 Since 2010, when the social network Instagram appeared and was acquired by Facebook in 2012, the number of members has increased exponentially. From ordinary people to celebrities and well-known companies, almost everyone has chosen to open their own Instagram profile to share their photos, best shots and coolest images.

Today, the social network Instagram has an average of 813 million active users. Having followers on Instagram is clearly the ambition of all its members.

Thanks to Instagram, we have been able to show the world our daily lives much more naturally and easily than on other platforms such as Facebook.

Companies and stars have not been immune to this. Instagram has represented and still represents an opportunity for direct, continuous and instantaneous communication with followers.

If you are curious and want to know who has the most followers on Instagram, continue reading.

Who has the most followers on Instagram in the world? ? The first place

The number one most-followed profile on Instagram is… Instagram! That is right, the platform itself is the most-followed user on social with 4.849 million followers! But how many likes does he manage to get for each post he publishes?

The average is around 962,112 likes per post. However, remember that it is much easier for these profiles to get followers, given that when a new user registers, some of the most popular profiles are proposed and shown, so that a new follower is almost automatically generated.

Which profile will be shown 100%? That is right! Instagram. Let us not get demoralized though! If the first place of the profiles with the most Instagram followers is rather obvious, the following ones are constantly evolving, in fact every day there are important changes that modify the ranking.

A real competition to get the most followers! It should also be noted that Instagram is the only profile in this special ranking that is not ‘human’, which means that from the next position onwards there are no brands, but extremely influential public figures.

As is to be expected, given that social networks were created to share one’s life with other people all over the world and who could attract more interest than the most famous people in the world?

Who has most followers on Instagram: the second place 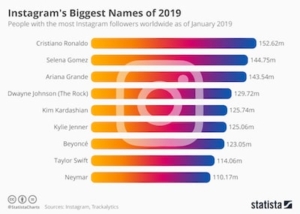 If you are now wondering who is the most followers on Instagram at the second place I can tell you that in our top 10 is one of the most popular footballers in the world, with a value, both from sponsorship and a commercial-football point of view, of millions of euros, indeed, we can say that he has now become the first billionaire sportsman of all time.

Currently a Juventus player and captain of the Portugal national football team, he is one of the best footballers in the world.

In his Instagram feed we find many kinds of content. There are lots of family photos, photos of him playing football and lots of images that capture Cristiano Ronaldo enjoying moments in his life.

Congratulations to you, Cristiano!

Who has the most followers on Instagram: the third place

In third place on our list is the world-famous Ariana Grande, one of the world’s most talented and loved singers, as evidenced not only by the international charts but also by social media.

After taking part in the 2020 MTV VMA’s alongside Lady Gaga to present her hit ‘Rain on me’ for the first time on stage, she has now reached a new milestone.

The famous pop star has now reached 200 million followers on Instagram, a record that puts influencers to shame. In doing so, she has become the most-followed woman in the world on Instagram, beating off competition from fellow celebrities. Up until a year ago, Selena Gomez was in first place, but this year she has fallen to third place with 190 million fans.

Ariana Grande proved that she is not just one of many, as she was able to make history at the age of 27. She even managed to break Queen Beyoncé’s record of “only” 153 million followers and her friend Taylor Swift’s 140 million followers. Who could not help but compliment the young singer? Her “partner in crime” Lady Gaga, who wrote to her on social media. “You are a queen! Wear that crown.”

With an average of 2.5 million likes per post published, over 215,000,000 followers and a growth of 200,000 followers per day Ariana Grande is therefore in third place of the top 10 most followed on Instagram.

If you want to know who has the most followers on Instagram at the fourth place, continue reading this article.

Who has most followers on Instagram: the fourth place

In fourth place on the list of the most popular Instagram profiles with the most Instagram followers is Dwayne Douglas Johnson, better known as The Rock: actor, producer, businessman and professional wrestler.

We have probably all seen him at least once in a film, as he is now present in the most popular films of recent times: From The Mummy – The Return, through Fast & Furious to Jumanji.

His body does not go unnoticed thanks to his constant workouts, and his followers know this well thanks to the constant updates that Dwayne publishes daily.

Thanks to his presence in so many films and more, he has also gained popularity on social media networks.

This success places him in fourth position in the list of those with the most Instagram followers. With a total of more than 211 million followers, he publishes an average of 54 posts per month and gets more than 900,000 likes for each piece of content.

Its growth rates: over 20% every month!

Who has most followers on Instagram: the fifth place 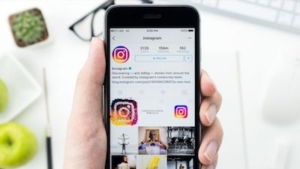 Kylie Jenner ranks fifth in our top 10. She passes the 200 million followers mark on Instagram. The Kardashian clan has never reached this milestone before, with older sister Kim at 191 million.

The 23-year-old has turned her social media presence into a real business, and it is not just the shapes that are round, but also the figures. Kylie herself has said that she and her family earn more from one post than from an entire season of the reality show to which she owes her popularity.

Famous for appearing at many TV events, popular with the US media, founder, and owner of the Kylie Cosmetics group.

Time magazine, between 2014 and 2015 listed her, along with her sister, as one of the world’s most influential teenagers. In 2017 she made the Forbes Celebrity 100 list, becoming the youngest person ever to achieve a position among them.

Criticised by the media and social world for the definition attributed to her person and career: ‘Self-made’.

Indeed, critics claim that Jenner was born and raised in conditions of fame and fortune. On 29 May 2020, Forbes magazine removed her from the list, accusing her of inflating the earnings and figures of the cosmetics company she owns.

Her assets? Only 1 billion dollars, making her the youngest billionaire until March 2019. With a total of over 209 million followers, an incredible average of 8,004,550 likes per post and 20-25 posts published every month, she finds herself among the Instagram profiles with the most followers.

Who has most followers on Instagram: the sixth place

The pretty singer, songwriter, actress and TV producer occupies sixth position on the list of those with the most Instagram followers.

Her activities and beauty have captivated audiences both on and off social media. She is also known for having a long history with Justin Bieber. With 202 million followers, she posts very few posts compared to the other people or companies in the top list. In fact, her average is only 6-15 posts per month, but with an exorbitant average of likes: 4,807,620 likes per post!

What can we say? Quality over quantity! Quality comes before quantity. As many influencers have already done, on 3 September she officially opened her cosmetics line Rare Beauty. Rare Beauty – Cosmetics line created by Selena Gomez, the sixth profile in the ranking of those with the most Instagram followers.

In fact, many web and social personalities who have managed to gain a large following on the web often take advantage of this popularity to create their own business in parallel to their main one.

The key to success is not always the continuous publication of content but the publication of interesting content, or even if this is not the case, the ability to create an aura of ‘exclusivity’, to achieve success every time new content is published.

Who has most followers on Instagram: the seventh place

The influencer herself made the announcement on social media. “Thank you so much for the love.” It is estimated that the reality star earns around $910,000 per post. Two hundred million followers on Instagram.

Kim Kardashian, one of the most influential, followed and loved stars in the world, has reached the coveted milestone.

The entrepreneur and model herself made the announcement in a post in which she thanked all her fans. 200 million,” she wrote, also publishing three photos in which she posed with generous cleavage, “thank you so much for your affection.”

The photo shows two staggering figures: 3.8 million likes (so far) and 17,400 comments. Despite being seventh in the ranking, she certainly has one of the most popular profiles and an incredibly active following every day, ready to comment, like and interact with the content she publishes.

Made even more famous by her relationship with well-known rapper Kanye West, who is also one of the most popular people in the world, she is poised to move up the rankings soon.

Who has most followers on Instagram: the eighth place

Lionel Messi’s popularity as a footballer is probably the reason why he ranks eighth in the list of personalities with the most followers.

The Barcelona FC captain has little social media activity, mostly related to advertisements or moments from his family life. It is not surprising to find Messi among the list of those with the most Instagram followers.

A celebrity both on and off the pitch. His success in football has certainly contributed to his incredible popularity on Instagram.

Appreciated by many for his qualities as a Barcelona player, he has attracted the sympathy of people of all ages.

Despite this, he has managed to gain over 176 million followers on Instagram, with an average of 3,869,860 likes on each post.

Who has most followers on Instagram: the ninth place

The world-famous Beyoncé, singer, songwriter, music producer, dancer and actress, with 151 million followers, ranks ninth among the Instagram profiles with the largest following of all Internet stars.

Her most famous post? The announcement of her pregnancy. This post in fact made it into the ranking of the posts with the most likes in the world of Instagram.

Her account contains simple photos and videos: moments from work, her performances and a few more intimate moments from her personal life.

Another factor in his fame is undoubtedly his long relationship with Jay-Z, who has long been one of the most influential people in the world of rap music and beyond.

Her average number of likes? Over 3 million likes per published post and 23,500 comments!

Who has most followers on Instagram: the tenth place

Last but not least Justin Bieber, the famous international pop star who has sold millions of records worldwide.

It is no surprise that he is in the top 10 of the ranking published by LumaMarketing.co.uk for who has the most Instagram followers!

His profile is quite different and original compared to other pop stars. Photos without posing, aspects of daily life, no attention to the quality of the content published.

Over 1 million likes per post have won over 157 million followers on Instagram, securing him tenth place in the rankings.

You have reached the end of this article. I am sure you will no longer have any doubts about who has the most followers on Instagram in 2021! 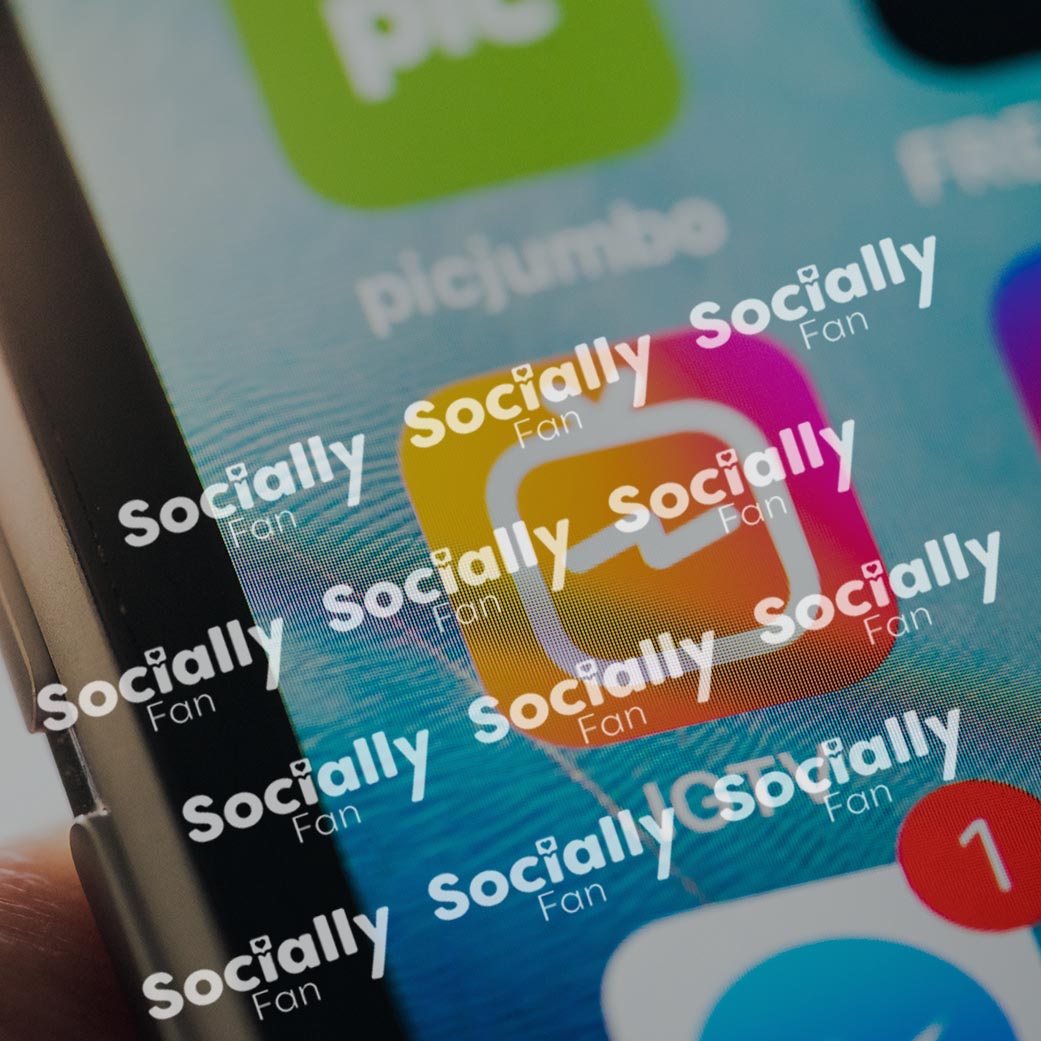